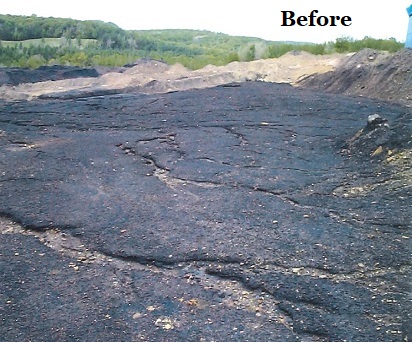 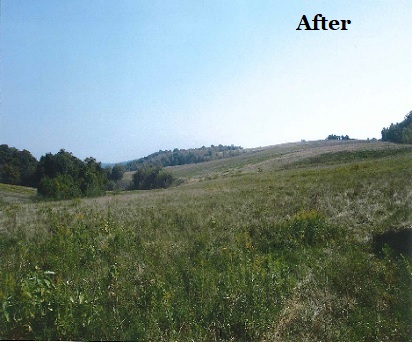 Stronghold employs 21st-century crypto mining techniques to remediate the impacts of 19th- and 20th-century coal mining in some of the most environmentally neglected regions of the United States.

Our Bitcoin mining operations are powered through the reclamation of coal refuse sites across Pennsylvania. We remove coal refuse from piles and burn it in an emissions-controlled manner at our wholly owned generation facilities.

Coal refuse in Pennsylvania by the numbers:

What is coal refuse? Why are there over 800 piles across Pennsylvania?

Coal mining began in earnest in Pennsylvania in the 19th century and continued through the 20th century to meet the nation’s growing demand for steel, fueling the industrial revolution and two World Wars.

Up until the passage of the federal Surface Mining Control and Reclamation Act of 1977, the lower-quality coal refuse was disregarded in large piles across Pennsylvania.

Why are coal refuse piles problematic? 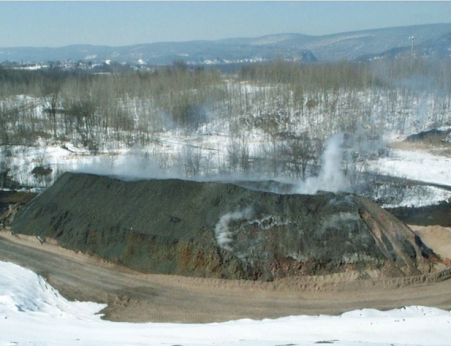 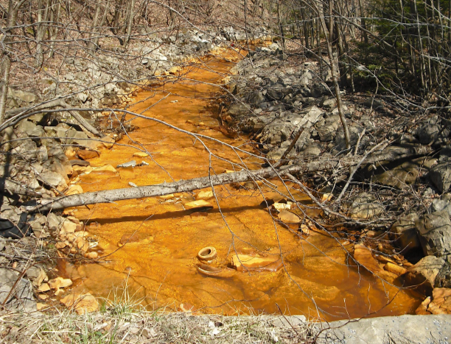 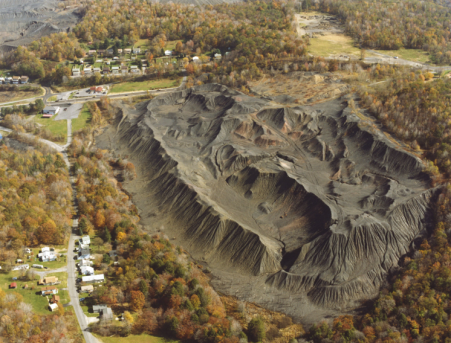 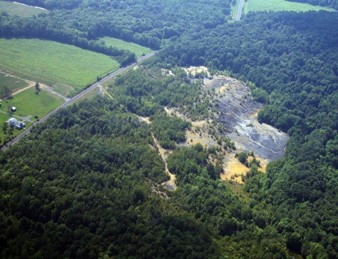 How does Stronghold solve the problem?
1. Remove the coal refuse from piles, eliminating the source of AMD, fires, and toxic emissions produced by the piles
2. Burn the coal refuse in an emissions-controlled manner

3. Produce beneficial use ash as a byproduct of the combustion process, which is classified as a fertilizer (we were awarded an agriculture liming materials license by Pennsylvania’s Department of Agriculture)
4. Use the beneficial use ash, which is basic, to assist in the reclamation of coal refuse sites by reducing acidity, allowing life to flourish

Stronghold restores the land and local waterways once void of life and vegetation and makes them safer for families and residents, before donating the land back to local communities.

Operating in partnership with the Pennsylvania Department of Environmental Protection and local environmental authorities, Stronghold has already reclaimed ~1,000 acres of once-unusable land in Pennsylvania.

Are there other ways to solve Pennsylvania’s coal refuse problem?

There are suggestions that beach grass is a potential solution, and proposals have been made to plant it on the surface of the piles, as beach grass is able to grow in the presence of coal refuse.

A 1991 study from the Natural Resources Conservation Service concludes that beach grass can effectively stabilize coal refuse piles and allow vegetation to grow on their surfaces, but this is the extent of the benefit.

Beach grass does not 1) eliminate AMD and water pollution, 2) eliminate the risk of combustion, or 3) facilitate the extinguishment of underground mine fires.

Beach grass addresses the aesthetic issue without resolving the more serious environmental issues, which Stronghold addresses through removal and reclamation.